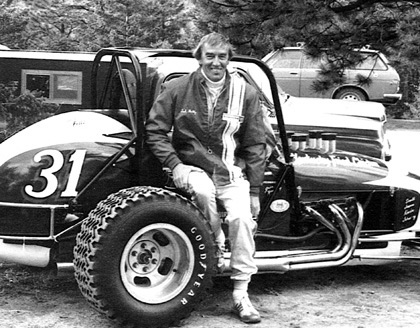 Three time Pikes Peak Champion,Ted Foltz, in a 1980 Picture on the Mountain. One of the most dedicated Pikes Peak supporters ever. Ted was Inducted into the BCRA Hall of Fame in 2013 after a 3 decade career including oval track competition, while running with the RMMRA, IMCA and BCRA.