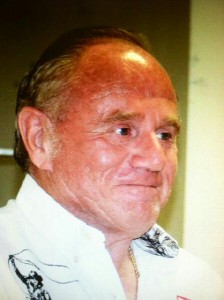 The Texas Sprint car legend started racing in dragsters in 1965 then turned to stock cars until 1969 when he bought the “Golden Greek” modified built by Hank Henry and driven by New Mexico’s Johnny Capels .. this change would bring French into the spotlight of the purist form of oval dirt track competition, Sprint Cars.

French won the championship at El Paso in 1970 and in 1971 he would win a month long series inside the ”Plaza Del Mexico” Dome Stadium in Mexico City for “Super Sprints”. Well adapted to the sprinters the burly tough Texan would take on all comers and came North in ’72 to Kansas, Nebraska and Colorado and by ’73, became a regular competitor in BCRA and driving thousands of miles to do so. In ’73 French won at Belleville to beat Billy Robison, Roger Rager, and Jon Backlund for the BCRA title in his own #7777.

The next year French would come back to win again in BCRA competition driving for Bruce Edwards in his Grant King built sprint “ Blue Diamond Concrete #7”. French then went to work for Bobby Sparks out of Memphis and won races all over the Southeast winning Championships at the Devils Bowl, Little Rock and Cowtown Speedway at Ft. Worth. He then took two years off before returning and running Waco, Ft Worth and Paris in Texas. 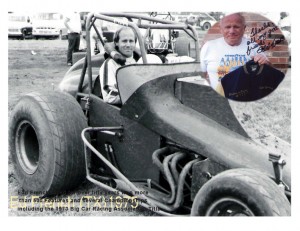 In his 50 year career, French raced with clubs that included the BCRA, IMCA, NCRA, WOO, and ASCS among others, and won over 500 Features. Edd French was inducted into the Big Car Racing Association Hall of Fame in 2010, and from there he would win a championship at The Devils Bowl and the Masters at Knoxville in 2012. Edd was racing and winning in a 305 winged sprint class in TX as late as last year.