Exclusive Interview with Sammy Swindell After His Bombshell Retirement Announcement

In late August Sammy Swindell shocked the racing world when he announced out of the blue that he was retiring. 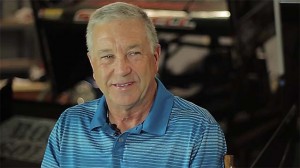 Swindell is a legend in Sprint Car racing, and nobody thought he could race forever. But the shock was that the man known as Slammin’ Sammy announced his retirement EFFECTIVE IMMEDIATELY. Right there in the middle of the racing season.

That, obviously, left many fans and racers alike scratching their heads. And Sammy being Sammy, he wasn’t really concerned about a big farewell tour or even talking to the many media outlets that came knocking on his door looking for more information. As far as we know, Sammy only did a small radio interview after his retirement announcement.

OneDirt’s Ben Shelton was recently able to sit down with Swindell for his first extended interview after his sudden retirement. As always, Sammy didn’t hold back, and Shelton asked him everything from the real reason for the retirement to if he honestly is done for good. Check it out, we certainly think you will enjoy it.

Sammy was inducted into the BCRA Hall Of Fame June 2014. You can read more about his induction by