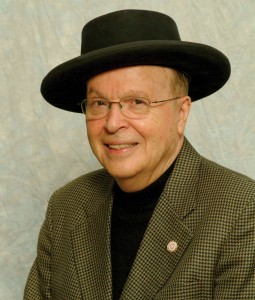 My memories of BCRA racing experiences are all very special!

I started running BCRA in the early ‘60s. Many drivers also drove my sprint car, number 4X in IMCA,
USAC, OUTLAW and WOO.

Some of these drivers included Joe Saldana, Lloyd Beckman, Ray Lee Goodman, and of course, the
legendary Jan Opperman. Jan drove my car to win the 1969 BCRA CHAMPIONSHIP.

We always had great times with Bill Hill on the mike, and Don Budy, who ran the shows. Les and Beryl
Ward were always on-hand to get their great photos and stories in NATIONAL SPEED SPORT NEWS and other
media.

Jan set the Belleville High Banks record in 1975 at 19.06, which was almost a full second quicker than
Lloyd Beckman’s earlier record. That was the year we won our second BCRA Championship.

One unforgettable experience was when my old racing buddy, Ralph Parkinson, went over the first turn
fence at Belleville during the feature. None of the officials saw it happen. They ran three more laps
before I was able to get to them to put out the red flag. Ralph was lucky…only shaken up.

As a car owner who raced for the prize money, BCRA was always a good payday for the number 4X
SPEEDWAY SPRINTER. It’s great that the legend of the BCRA is being preserved. I hope the legacy lives on.