For 1959, BCRA scheduled six races, all in Colorado, three of which were again held at the Colorado State Fair in Pueblo. As had occurred the previous year, fields of 40 to 50 cars were entered for each race. Driver Gordon Herring won the first of his three BCRA Championships in the former Charlie VanAcker Champ car which had run at Indianapolis.

In 1960, BCRA scheduled its first out-of-state show at Norton, KS which was won by Wichita’s Harold Leep driving the famed Chet Wilson Chevy powered “Offy Killer.” Wyoming’s Jack Hahn won the first of his two BCRA driver’s Championships, while Bruce Budy, son of future club President Don Budy was named “Rookie of the Year.” That year, the club had increased its schedule to eight races with no driver winning more than one feature, an indication of the level of competition the club was beginning to develop. 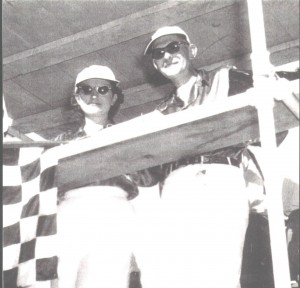 In 1961, the club elected a new President, Don Budy, who along with club Secretary/Treasurer, ‘Andy’ Anderson, who was elected in 1965, would for the next 13 years, be the driving force behind the Big Car Racing Association’s rapid growth and success. In addition to running a number of races in Kansas, the club also ran two pavement shows at Denver’s Englewood Speedway, both of which were won by future RMMRA Champion Grier Manning, driving his own 348 Cu.In Chevy powered Sprint car. The 1961 BCRA Championship was won by veteran Gordon Herring in his former Jack Hinkle owned, Jack McGrath driven 270 Offy Champ car which less than a decade earlier had sat on the pole at Indianapolis.

In 1962, BCRA competitor and master craftsman Ody Fellows, would engage the BCRA circuit with a beautiful Roadster of his design and Bobby Unser won a BCRA feature by taking the main event at the Colorado State Fair in Pueblo driving the Ron McGowen Chevy. Al Unser finished a close second in his homemade modified. Veteran Gordon Herring driving a new George Shilala Sprinter complete with a 330 Cu In Offy, clinched what would be his third and last BCRA Championship. 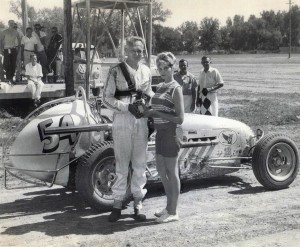