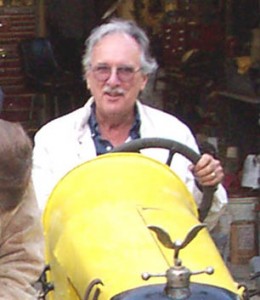 My father, Don Budy, would have been extremely pleased and gratified to know of the rebirth of BCRA. He devoted many years to the original organization out of love for the sport and its participants. Although remaining a relatively small organization throughout its original lifespan, it presented great races featuring both newcomers and some of the best drivers in the nation, meeting at various venues.

Though relatively few races were presented, the roster of drivers and owners who participated reads like a “Whose Who” for the era. This was due in part to the reputation my dad had for holding to his word. Once he agreed to something with a track owner, car owner, or driver, they knew his handshake was as good as a legal document. Thus, if he scheduled an even, they knew it was worth the travel time and what to expect.

He of course had several reliable assistants in this effort, among whom were Andy Anderson, of Belleville High Banks fame, Clarence Froid, Secretary, Carl Mismach, flagman, Merle Holbrook, loyal helper in many areas and Bill Hill, announcer and publicist. This nucleus survived through nearly the entire run of BCRA and underscores the truth that any successful endeavor is usually the effort of a dedicated few that manages to pull together and get things done. Once this core group was unable to continue, the BCRA withered and disappeared.

The demise of BCRA after so many years of effort, and success, hurt my father deeply of course. Thus, it is with sincere gratitude and best wishes that I salute Gary Wolfe and those who help him in his efforts to carry on the spirit of the BCRA.